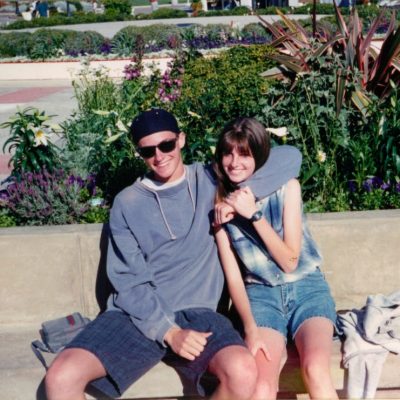 There is a lot out there about why feedback matters and how to best seek it out and give it. I won’t go over all of that. Instead, I’d like to share with you a more personal perspective on why I value feedback as I grow in my practice as a teacher, coach, and leader.

When I was in middle school I desperately wanted to fit in with my older brother and his friends. They would play basketball in our driveway for hours and hours but I was too small, too slow, and missed the basket most of the time. No one ever wanted me on their team. But when all his friends were gone, my brother would stay out in the driveway with me, patiently teaching me how to shoot. Each time, he would explain and demonstrate exactly what he had seen me do to help me with my next shot. He did this when I missed and when I made the shoot. That specific feedback allowed me to refine my shot until I could shoot a swish from anywhere in the driveway.

My second story also involves my brother giving me feedback. This time, I was in high school and he was in college. He came home for a visit and met my boyfriend. Later, I asked my brother what he thought. I was hoping for rave reviews but instead, he said, “He’s okay. But I don’t like who you are when you are around him.” Yikes! At the time, my seventeen-year-old self was more indignant than reflective. I tried to ignore my brother’s words. But after that high school romance died, my brother’s words came back to me. I reflected on my behavior when I was with that boy and how it didn’t match who I was with my friends and family. Those words stuck with me as I explored other relationships, both romantic and platonic. They helped me build a mental meter stick for myself as I considered if these relationships were helping me be the kind of person I wanted to be or not.

When I began teaching, I knew that feedback from my students and my colleagues would help me refine my skills and reflect on the standards I wanted for my practice. I’ve tried a few things over the years, and now I have several routines to seek feedback (see upcoming posts). This year, as I stepped into a new leadership role, I applied those same routines. Each time, I learn something that helps me refine my practice. I am thankful my brother helped me build this reflective, growth mindset.